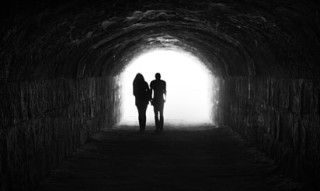 “But when a long train of abuses and usurpations, pursuing invariably the same Object evinces a design to reduce them under absolute Despotism, it is their right, it is their duty, to throw off such Government, and to provide new Guards for their future security.”- The Declaration of Independence
I was having one of my insomnia nights recently and watched several movies back-to-back. It wasn’t the best thing, but I was able to reconnect with “Goose” and “Maverick”; watch The Cobbler, a decent Adam Sandler film; and finally, National Treasure.
I wasn’t kidding when I said an insomnia night.
All the movies were good to watch, but there was a part of National Treasure that triggered a thought for today…
In one of the scenes, Nicolas Cage (a national treasure himself) quotes the line from The Declaration of Independence found at the top of this post. While he is trying to figure out how to protect the document he shares the line and has to define it for his sidekick. He says, “It means; that if there’s something wrong, those who have the ability to take action, have the responsibility to take action.”
Then, in the way only Nicolas Cage can (you know, the nasally whisper), he declares that he is going to steal the Declaration of Independence to protect it.
He basically did a Eugene Peterson (The Message) on the document by making it simple for everyone to understand; even the 12 year olds who are the ideal audience for the movie.
Now, as we all know, the forefathers created this document to help us understand freedom and liberty for The United States of America. They made this a declaration for all to know and embrace.
For followers of Christ, this quote should be something we live by.
Most of the men who wrote and signed this document were men who would claim Christ as their savior, so they embraced these statements as an understanding of what the Gospel of Jesus called them to live by.
So, how should we then proceed as followers?
We should recognize that there are societal issues that need to be addressed. There are people with mental illness in the church that do not receive help or care, but ridicule and eye rolls. There are elderly people being abused by family members and/or care facilities. There are refugees seeking freedom from poverty and pain. There are women, children, and men sold into slavery daily. The list can go on and on.
We, as the body of Christ, have the ability to change the world. We have the ability to make a difference. We have the ability to act on these issues and raise awareness. We have the ability to serve those in need. In our excess, we can serve those who are under-resourced.
We can donate to organizations like http://www.worldvision.org, http://www.charitywater.org, http://www.samaritanspurse.org/, http://www.a21.org, http://www.compassion.com, and many others. We can give to our church in order to send out more missionaries to serve the least. We can walk into the lives of those in need and actually take an active role in helping them experience hope in Jesus.
We have the ability take action; therefore we have the responsibility to take action.
We cannot standby and allow continual abuse, corruption, and manipulation of people to go on.
We have a role to play and we must choose to follow the lead of He who brought freedom for all in order to lead people to liberation through Jesus.
QUESTION: What are ways you have been involved in social justice issues?