When Grace and Culture Collide 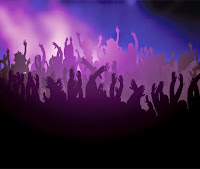 (Photo courtesy: graphicstock.com)
“For as I walked around and looked carefully at your objects of worship, I even found an altar with this inscription: to an unknown god. So you are ignorant of the very thing you worship<span class="crossreference" data-cr="#cen-NIV-27547I" data-link="(I)” style=”box-sizing: border-box; position: relative; top: 0px; vertical-align: top;”>—and this is what I am going to proclaim to you.”-Acts 17:23
I had an interesting conversation recently with an individual who participates in youth ministry. She was sharing her view on society and how we have allowed our culture to infiltrate the Church. She shared how she tries to avoid any kind of rap music, movies that aren’t Christian, and she feels the Church should be careful as to what they allow in their buildings.
I listened to her and her views, but I had to respectfully disagree, to a degree. I understand there is some truth to her statements, but we must be careful to avoid becoming too secluded from culture so that our message becomes void.
See, Christ did not come into the world to avoid culture, but to influence it. He came to use His power to leverage His role in society. His wisdom and stature (Luke 2:52) that he grew up in was His leverage and it changed the way people viewed Him as an individual and, ultimately, the Messiah.
As Christians, we are called to be in the world and not of it (John 17:14-15), which means that we must walk in the culture not allowing culture to influence us. However, does it mean we shouldn’t know anything about the culture in which we live? Does it mean we shouldn’t enjoy things our culture enjoys? I don’t think so.
Our worldview is what influences our outlook on experiences in our culture. The lens from which we look will either enhance our message and role in in society; or it will completely hinder us from reaching anyone who is not like us.
When we can see that Christ called His followers to walk amongst the lost and gave us the power to influence culture the way He did (Acts 1:8), then we will see people embracing the message of Christ.
Paul used his knowledge and influence to work with the Church in Athens. He saw they were worshiping false idols and even had an altar to the “unknown god”. He didn’t look at that and say to himself “These poor souls. I will leave this idol infested society and run. I will pray for them though as I get as far away from them as possible!” On the contrary, he stayed right there, willing to learn about their idols and discuss with them how their “unknown god” could be known!
He used the world they knew, to reveal the God they didn’t know. He used the world they knew to reveal a truth they held inside, but couldn’t understand on their own. He used the world they knew to open an entirely new perspective on Who created the very world they were living in.
This is what we are to do in our society today. As Christians, we have a responsibility to walk into culture, fully equipped with the Gospel of Christ, in order to share the truth with those who are influenced by lies or have been blinded by what our society says is their god.
Perhaps, if we were to embrace the culture around us in order to reveal the God of the universe, then maybe we could help people come to see their potential and to receive grace through the world they know.
QUESTION: How can Christians interact better with culture?

← Kingdom For All
4 Ways to Enhance Your Prayer Life →

2 Comments on “When Grace and Culture Collide”