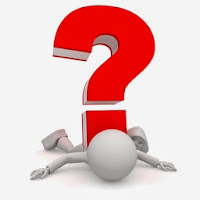 About a month ago, I was on a plane to California on my way to do a baptism for my friend’s baby in my hometown and speak at a church in Lake Elsinore. I was pretty excited.
As I entered the plane, I did the usual nod and smile to individuals already sitting in their seats because they were special. I proceeded to look for my seat, and was able to slide right on in to my window spot. It was very nice.
Then, my neighbor came in. He was a larger guy who was obviously an oil worker in our area headed home. I asked him where he was working and it turned out he was in my neighborhood.
We had a good conversation about life, how he enjoyed working with the oil stuff (I still don’t know the right term), and if he liked West Virginia. Then, he asked me what I did.
Now, I confess, it is always a lump in my throat moment when someone asks me because I don’t want the conversations to stop. So, I told him I was a youth pastor. In my mind I thought, “maybe it will make it easier for him to handle me, since I’m just a youth pastor.” It didn’t.
It was an instant shut down. I sat there wondering what to do, then I finally ended the silence by asking him this question, “So, do you have kids?” Instantly his eyes lit up and he began to tell me about his children, all 8 of them. He had 8 children, 5 boys, 3 daughters. He was smiling while speaking about who they were and what they meant to him.
I could not believe the story he shared about his divorce, how his wife lost his son to CPS (Child Protective Services) and he was in the midst of a battle to get him back. This story revealed way more than I expected, just by asking about his kids.
Then, returning home, I met a lady on her way to do work in Pittsburgh. She lived in Amarillo, Texas and did computer stuff (stuff is how I handle forgetting what the actual title is). She seemed nice, but once again, when I told her I was a youth pastor, Candy Crush suddenly appeared on her iPad, which is interesting because I think that same game seems to appear whenever I start preaching too.
Anyway, we sat in silence, then I asked her a question: “So, do you have any kids?” She laughed and shared how she has two, but they were her boyfriend’s and she claimed them as her own.” She went on to say that one was having a birthday and wanted a MineCraft birthday cake. Once again, still don’t know much about that, but it sounded cool. Then we spoke together for a good amount of the flight.
What’s the point? Well, all I had to do was ask a question to get things moving. The stories they were holding on to, their pride for their kids, their love of computers, etc. would have never been mentioned if I didn’t risk asking a question.
Questions are the way we get moving. If we never asked “Why” then we would never know “how”. The questions we ask can break down walls and move mountains.
If we fail to ask questions, then we may miss out on great stories. Let us ask questions. Let us seek out what makes us tick. May we ask the hard questions to move us to deeper relationships.